A theatre show by Jaha Koo. I worked with Jaha starting at the early stages of his development of the show during his final year at Das Arts. He was considering how to position a rice cooker in a story he wanted to tell about social pressure, isolation and death. Over the course of several years three different versions of the show were made, many modified rice cookers were built and broken along the way and the USB port of my computer was permanently destroyed while trying to reverse engineer the hardware of the Cuckoo's themselves. The show is about Jaha's experience growing up in a society still dealing with crippling austerity and debt imposed and managed by the International Monetary Fund. This story of social pressure is told through the voice of Jaha and two modified rice "pressure" cookers that join him on stage. The show has toured extensively and as continues to tour globally (circa 2020). Software and hardware were developed to make the Cuckoo's more emotive and to enable puppeting them as instruments in Ableton Live software. Due to early involvement in the shows development a unique challenge was to build various possibilities into these objects that could be explored with the artist while not knowing if any of them would be used in the final show. Credits 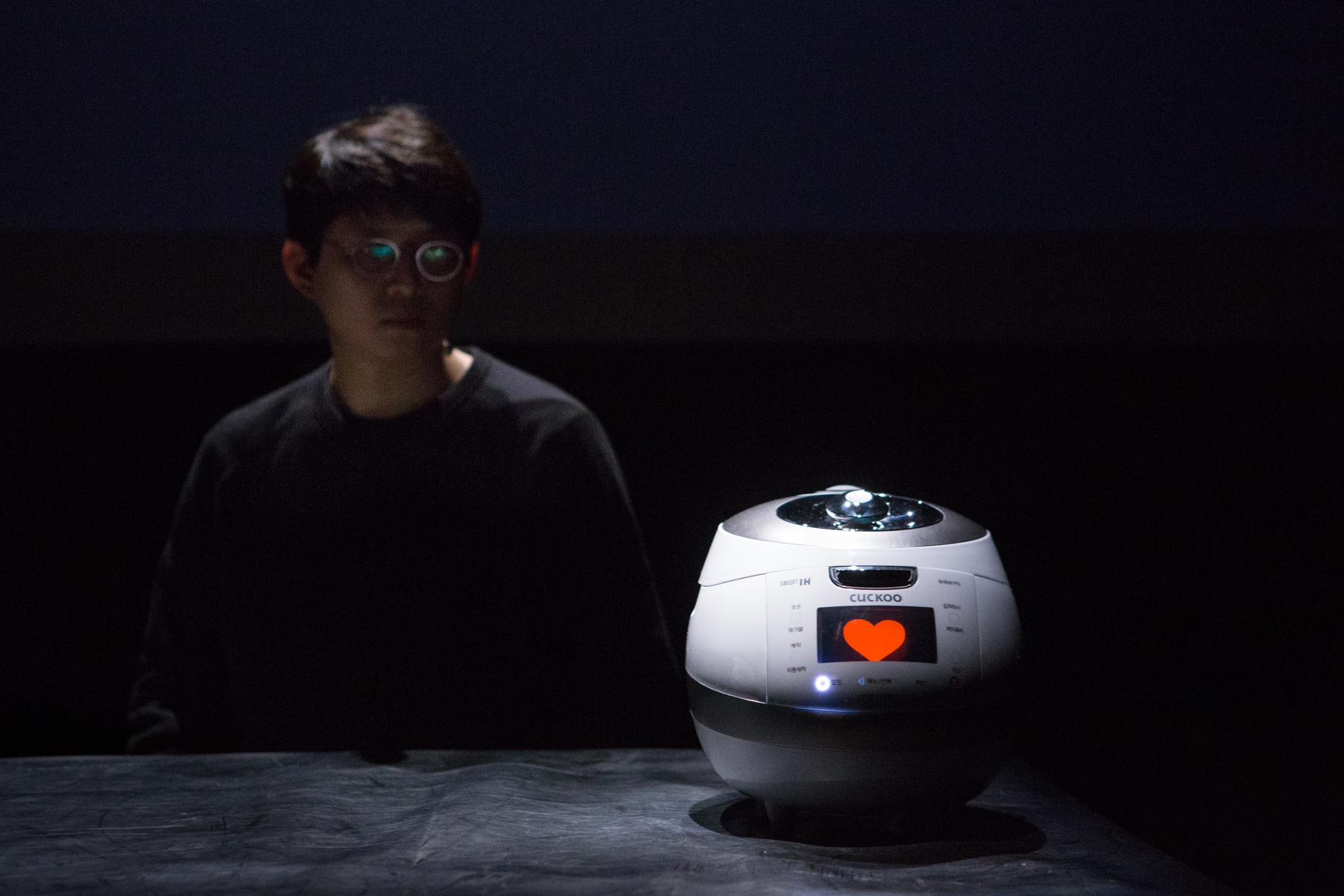